We were disappointed to see Peta Bee in the Times with an article on “Anti-ageing superfoods”: giving an article over to the uncritical discussion of some of Holford’s dietary beliefs. It’s worth quickly going through some of the problems with the article here. END_OF_DOCUMENT_TOKEN_TO_BE_REPLACED

Can you get 23 portions of fruit and veg in a single glass of juice: Patrick Holford Ponders, Briefly, Before Suggesting a Product 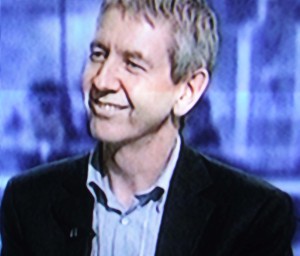 Patrick Holford and Head of Science and Education at Biocare has many enthusiasms to which he continues to express slavish devotion, justifying his partiality by claiming that there is scientific evidence to support his stance. Uncannily, and in a way that has fortuitously contributed to his financial wellbeing, it is not unusual for Holford to be able to recommend a niche product to meet the supplementation levels that he recommends or the tests that he declares to be essential. So, it is perhaps understandable that Holford cleaves to some enthusiasms irrespective of research that shows there is no basis for his claims or that his hyperbole is far in advance of the actual evidence. END_OF_DOCUMENT_TOKEN_TO_BE_REPLACED

Alternative Nutrition bingo: we predict industry responses to the JAMA trial of vitamin C and E

The Journal of the American Medical Association has recently published a good quality, placebo-controlled, randomised, double-blind trial looking at whether vitamin C and E supplementation can reduce cardiovascular events. It ran for 10 years, and included “14 641 US male physicians enrolled, who were initially aged 50 years or older, including 754 men (5.1%) with prevalent cardiovascular disease at randomization.” The trial concluded that “[t]hese data provide no support for the use of these supplements for the prevention of cardiovascular disease in middle-aged and older men.”

I was surprised to see that the alternative nutrition industry has not yet responded to this – I was waiting with bated breath for Sir Cliff Richard’s definitive critique of the science – so I thought that I would respond on their behalf: frankly, the alternative nutrition industry’s response to such trials has become tediously predictable so there seems to be little point in waiting.

I will list a number of likely industry responses below; I will then enjoy the small satisfaction of ticking them off when they appear in industry press releases: END_OF_DOCUMENT_TOKEN_TO_BE_REPLACED

Anti-oxidants and Supplementation: Not As Straightforward As It Is Made Out To Be

Former Visiting Professor Patrick Holford is Head of Science and Education at Biocare and both he and several other media nutritionists have a relationship with anti-oxidant supplements that mirrors the behaviour of Margaret Thatcher and her Cabinet. She slapped them around (metaphorically), she promised them some huge benefits but didn’t deliver them, she occasionally humiliated them and, through it all, she inspired devotion right up until the coup that followed a groundswell of grumblings that no matter what Those Up Top thought, things were not working so well for Everybody Else. END_OF_DOCUMENT_TOKEN_TO_BE_REPLACED

Your comment piece in The Times triggered some tristesse: The limitations of peer review. If Eddie ‘The Eagle’ Edwards had been capable of making leaps on a similar scale to yours then Britain’s medal haul in the Winter Olympics would be a cause for celebration rather than derision. END_OF_DOCUMENT_TOKEN_TO_BE_REPLACED

Irish Association of Nutritional Therapy: Giving the Facts About the Cochrane Review of Antioxidant Supplements

You may remember that Miriam Barry of the Irish Association of Nutritional Therapy (IANT) offers a Response to the recent media coverage regarding antioxidants. She opens her response with these words:

As nutritional therapists we feel compelled to give the public the facts of this case. Please click here to inform yourself of the facts regarding this study.

END_OF_DOCUMENT_TOKEN_TO_BE_REPLACED

Despite the general low standard of responses to the recent Cochrane review on antioxidants and mortality, Holford characteristically manages to stand out from the crowd. Aside from errors already discussed on this site, Professor Patrick Holford of Teesside University makes a very striking error about antioxidant side effects: he claims that

“there are no known or reported short-term side effects of antioxidants”.

This is simply wrong, at a very basic level. END_OF_DOCUMENT_TOKEN_TO_BE_REPLACED

Miriam Barry of the Irish Association of Nutritional Therapy (IANT) offers a Response to the recent media coverage regarding antioxidants. She opens her response with these words:

As nutritional therapists we feel compelled to give the public the facts of this case. Please click here to inform yourself of the facts regarding this study.

All of which is rather promising but quickly falls into something more akin to something Jonathan Aitken would have said, although the rhetoric is less stirring than the memorable “sword of truth and trusty shield of fair play”. Barry’s piece is short but contains so many distortions that it would be both tedious and unreadable to deal with them all. END_OF_DOCUMENT_TOKEN_TO_BE_REPLACED

Patrick Holford and Contriving a Controversy: the Cochrane review of antioxidant supplements

Professor Patrick Holford of Teesside University and Head of Science and Education at Biocare has been out and about in the mainstream media, providing the industry response to the Cochrane Review of Antioxidant supplements for prevention of mortality in healthy participants and patients with various diseases (pdf). In this, he was joined by assorted other representatives of the supplement industry in an interesting example of manufactroversy or an artificially contrived controversy. Bertrand Russell wrote:

A stupid man’s report of what a clever man says can never be accurate, because he unconsciously translates what he hears into something he can understand.

END_OF_DOCUMENT_TOKEN_TO_BE_REPLACED

A recent Journal of the American Medical Association (JAMA) metanalysis (Volume 285(1), 3 January 2001, pp 67-72) shows that “treatment with [the antioxidant supplements] beta carotene, vitamin A, and vitamin E may increase mortality“. As a nutritionist, Holford disagrees with this argument; unfortunately (given that many will trust Holford’s recommendations on which supplements to take) Holford’s objections to the article are largely invalid.

Holford gave his response to the JAMA article in a press release, and e-mailed it to his 100% health e-mail list. I’ve quoted (in italics) from Holford’s e-mail below; the press release is reproduced here.

For Holford:
The first way to investigate whether an analysis of studies is biased is to read the summary, and see if it correlates with the actual result. The conclusion of this study says ‘treatment with beta carotene, vitamin A, and vitamin E may increase mortality’ creating the impression these antioxidants are no good. What it fails to say, all of which are clearly shown in the results, is that ‘vitamin C given singly, or in combination with other antioxidants, and selenium given singly or in combination with other antioxidant supplements may reduce mortality’.

– The abstract of the JAMA article says that “The potential roles of vitamin C and selenium on mortality need further study.” It therefore does say that there’s a need for further study on the role of vitamin C and selenium supplementation, and that they may have reduce (or increase) mortality. This seems quite clear to me, and does correlate well with the conclusions of the meta-analysis.

The next way to investigate whether an analysis is a stitch up is to see if all trials are included, how trials are excluded, and what the trials actually say. Two classic primary prevention studies, where vitamin E is given to healthy people, are those of Stampfer et al, published in the New England Journal of Medicine, the first of which gave 87,200 nurses were given 67mg of vitamin E daily for more than two years. A 40 per cent drop in fatal and non-fatal heart attacks was reported compared to those not taking vitamin E supplements (1). In another study, 39,000 male health professionals were given 67mg of vitamin E for the same length of time and achieved a 39 per cent reduction in heart attacks (2). Guess what? They are not included.

– The JAMA paper explicitly sets out to analyse randomised trials. The Stampfer et al article was nothing of the sort – it analyses the correlation between heart disease and vitamin E consumption. There’s no randomisation, and people who eat lots of vitamin E or take a supplement may differ from those who don’t in significant ways (for example, if you’re concerned enough about your health to take a supplement, you may be more likely to eat a decent diet). Stampfer et al are quite clear about what their study does and does not show in the abstract “Although these prospective data do not prove a cause-and-effect relation, they suggest that among middle-aged women the use of vitamin E supplements is associated with a reduced risk of coronary heart disease. Randomized trials of vitamin E in the primary and secondary prevention of coronary disease are being conducted; public policy recommendations about the widespread use of vitamin E should await the results of these trials.” The paper is freely available here, for those who want to assess it themselves.

The second article Holford mentions – Rimm et al – is in the same issue of NEJM here. Again, it’s not a randomised study: they look at correlations between vitamin consumption and heart disease in health professionals. The authors conclude by stating that “These data do not prove a causal relation, but they provide evidence of an association between a high intake of vitamin E and a lower risk of coronary heart disease in men. Public policy recommendations with regard to the use of vitamin E supplements should await the results of additional studies.”

For Holford:
The next test is to see if the most negative studies were actually negative. These studies can skew results on an overall analysis. One the studies most cited to show increase risk of gastrointestinal cancer is that of Correa et al. So I read the actual paper and contacted the author, Dr Pelayo Correa from the pathology department at the Louisiana State University Health Sciences Centre in New Orleans, and asked about the increased risk he had supposedly found. He was amazed, he said, because his research, far from being negative, had shown clear benefit from taking vitamins…Without this study the main conclusion, that antioxidants may increase gastrointestinal cancer, becomes completely invalid.

– Firstly, Holford’s largely right about the Correa et al study, although the published study was much more cautious in its conclusions: it argues that “In the very high-risk population studied, effective anti-H. pylori treatment and dietary supplementation with antioxidant micronutrients may interfere with the precancerous process, mostly by increasing the rate of regression of cancer precursor lesions, and may be an effective strategy to prevent gastric carcinoma.”* However, I’m not sure how Holford concludes that the JAMA meta-analysis assumes that Correa et al’s paper is negative: the results would have been included in the meta-analysis as would the results of all the other trials with low bias risk. Others may have misread Corea et al’s article as showing that taking vitamin E could have been damaging, but I can’t see any evidence that the JAMA meta-analysis has done the same thing.

Holford concludes by arguing that:
I will keep doing what I’ve always been doing, because this study confirms it – and that is to supplement a combination of antioxidants, including selenium and high dose vitamin C, because, as this study says, it seems to make you live longer and reduce your risk of premature death.

– The JAMA meta-analysis does not say this. It concludes that “Treatment with beta carotene, vitamin A, and vitamin E may increase mortality. The potential roles of vitamin C and selenium on mortality need further study”. Moreover, “In low-bias risk trials, after exclusion of selenium trials, beta carotene…vitamin A…and vitamin E …singly or combined, significantly increased mortality.” In the trials included in the meta-analysis, “Vitamin C and selenium had no significant effect on mortality.” This does not verify Holford’s claim that such supplementation ‘seems to make you live longer and reduce your risk of premature death’.